In a world that relies on digital locks to protect data, and increasingly on digital networks to perform various tasks, password security is more important now than ever before. 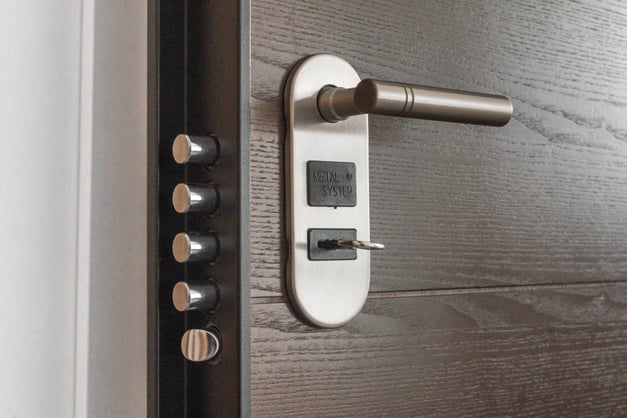 Password security or password protection is all about having control over who has access to your own personal information or network. In a world that relies on digital locks to protect data, and increasingly on digital networks to perform various tasks, password security is more important now than ever before – both for private individuals as well as the planet’s essential industries.

For instance, our previous feature titled ‘Smart Home Technology: An Industry Set to Explode’ details several near-future applications of digital home security which every homeowner should know about. The ability to remotely control and set up a plan for your home’s locks, alarms, and sensors is just the start. Advanced artificial intelligence (AI) systems have also stepped in to develop Lighthouse, an AI-enabled camera that recognises homeowners, guests, and intruders individually. Connected to your home’s security network, this level of smart home tech melded with advanced biometrics would allow homeowners to customise viable entry points, schedule access for maintenance and service personnel, and a range of other home/security-related tasks remotely. But at what cost?

As manual locks and handwritten passwords give way to advanced biometric recognition and efficient cloud-enabled automation, experts are torn on whether or not this is good for overall password security. On one hand, biometric data is obviously more secure than just scribbling a password in your secret journal. On the other hand, with all this biometric data floating around in different networks, they could also theoretically provide hackers and identity thieves with everything they need to access your data or control your network. This is a problem that’s faced not just by smart homes, but also the world’s biggest, most digitized, and most advanced industries.

It would seem that no matter which rapidly developing industry you look at, the e-wolves are right at the digital door, constantly sniffing around for weaknesses to exploit. ZDnet reported on the notorious Cobalt cyber crime group whose attacks on banks and other financial institutions in over 40 countries have already caused upwards of $1 billion (€885,550,000) in damages – these are proof of how far today’s digital thieves can go. And that’s just the global financial system.

The automotive industry’s recent foray into developing AI and network-enabled technologies have opened up similar points of concern. It’s not just private vehicles being put at risk, but entire industries that rely on connected vehicles to operate. In an overview by Verizon Connect on fleet management software, it discusses how smart devices in heavy trucks are now required in the US to monitor a vehicle’s journey and driving behaviour. With the supply chain becoming more reliant on connected technology and the IoT to deliver goods, creating secure networks is vital. Without proper data security, a logistics network could potentially be used by would-be thieves in a number of ways like rerouting entire fleets for ambushes or moving contraband as mislabelled goods.

In the face of such massive threats, there is a greater need for the planet’s traditionally competitive vital industries to cooperate. One of the biggest reasons why autonomous cars are so vulnerable to malicious hackers is that industry giants are often reluctant to share digital security data and advancements with one another. This is a common problem not just with the automotive industry, but with any competitive industry. But if these industries and corporations want to stem the tide of future digital attacks and be ready for any cyber threat/vulnerability, there needs to be a sharing of intelligence as well as cooperative engineering between the biggest manufacturers.

In the US, the Society of Automotive Engineers (SAE) has already introduced manufacturer guidelines on addressing cyber security in the same way that the industry already addresses other safety threats during the design process. This includes the simple but effective warning to consumers not to plug their car’s network into unknown devices, which coincides with long-held digital industry practices of educating the mass consumer base on how to better protect themselves from attack.

Meanwhile, across Europe, the burgeoning number of cyber attacks has prompted an increase in companies that specialise in penetration testing. Similar to security drills, The Conversation explains that penetration testing is where connected systems are attacked for the purpose of exposing flaws. The most effective testers can use the most malicious criminal techniques without causing actual damage to the system, only showing the extent to which it is flawed. Combined with intelligence and security data sharing, this type of testing could decrease the risk of the planet’s essential industries being controlled by malicious hackers.