Learn how the world of architecture is going to be revolutionized 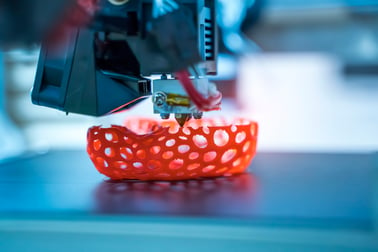 Did you know that 3D printing has been around for more than 30 years? Back in 1981, Dr. Hideo Kodama from the Nagoya Municipal Industrial Research Institute, Japan, wrote about a new “rapid prototyping” method and applied for a patent that, due to a missing deadline, never got. However, he was the first researcher to lay the foundation of stereolithography (SLA), using ultraviolet lights to create solid objects.

“He basically invented stereolithography with a laser, and invented it as a joke”, said Dr. Adrian Bowyer, Founder of the RepRap project, a University of Bath research to build a cheap 3D printer capable of printing most of its own components.

Since then, 3D printing has been applied to a wide range of disciplines, including medicine, art and jewelry, the food industry, and aerospace. The construction business, however, is one of the most rapidly growing uses.

3D-printed houses… and neighborhoods
“For innovative construction with new technologies, for greater attractiveness in construction professions and for modern architecture with new styles” - Ina Scharrenbach, Minister for Home, Municipal Affairs, Construction and Equality of the State of North Rhine-Westphalia, commenting the first 3D-printed house ready to be occupied in Beckum, Germany. 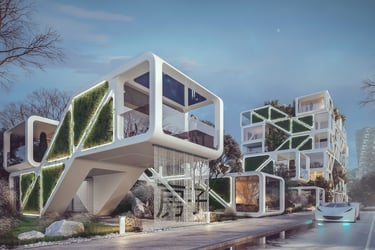 Being a fast, economic and efficient option, 3D printing is becoming increasingly popular in the construction market all around the world, enhancing sustainability at the same time. Engineers claim that using 3D printing on the construction site will reduce workplace injuries, as well as the cost of construction materials and the time it takes to complete the project. It is also stated that it lowers waste, increasing brand awareness.

Is 3D printing the next big thing in building construction?

In April 2021, Europe saw its first couple moving into a new 3D-printed home in Eindhoven, Netherlands, as part of the Project Milestone, the world’s first commercial housing project based on 3D-concrete printing. But this is only one of several current initiatives in this field that are being carried out all across the globe.

Architects at DUS, in Amsterdam, built 3D micro houses of 8 square meters made of bioplastic to welcome people in need of a temporary place. When the cabin is no longer needed, it can be destroyed and almost all the materials can be reused.

With the same goal of responding to the global lack of emergency housing, while fighting climate change, Mario Cucinella Architects, Italy, built a sustainable house named TECLA, using clay from a close riverbed and providing both stability and thermal comfort.

Later on in Italy, WASP, one of the leaders in this field, built the first 3D-printed earth house. Named GAIA, it’s made of 25% local soil and natural waste materials coming from rice production: 40% from straw chopped rice, 25% rice husk and 10% hydraulic lime. According to Massimo Moretti, all those natural materials have been mixed “through the use of a wet pan mill, able to make the mixture homogeneous and workable”.

Projects of this kind are becoming popular also on the other side of the globe, mostly on a larger scale.
In Austin, Texas, construction businesses ICON and Lennar are working on the largest 3D architecture complex ever, a neighborhood of 100 3D-printed houses, developed through Vulcan technology. With the help of advanced robots, surfaces are made with Lavacrete, a cement mix resistant to extreme weather conditions, a material that guarantees less waste and more design freedom.

An example of a sustainable 3D-printed complex is the so-called Cacao Eco Village, in Ecuador, planned to be built this year. Valentino Gareri Atelier is projecting a self-sufficient village using cacao leftovers from chocolate production. It will also include charging points for electric cars, co-working spaces, and a cacao-processing chocolate factory.

As seen worldwide, 3D-printed houses are revolutionizing the world of the construction industry, being more efficient in terms of time, energy, and waste. According to the trend analytics published on “Grand View Research”, “the global 3D printing construction market size was valued at USD 11,268.9 thousand in 2021 and is projected to register a compound annual growth rate (CAGR) of 100.7% from 2022 to 2030”.

Definitely something to keep an eye on!