Is Nuclear Power Making a Comeback?

For safety concerns (in particular for the risk of accidents and the process of storing radioactive nuclear waste after the 2011 Fukushima nuclear disaster in Japan), part of Europe had begun a nuclear phase-out, but the recent Russian invasion of Ukraine has put this process into discussion.

The REPowerEU plan, the EU strategy for a rapid clean energy transition, does not explicitly make any reference to nuclear energy as an alternative to Russian gas. However, governments are rethinking their nuclear strategies, and they have come up with very different solutions. As of 2022, Italy and Lithuania are the only countries in Europe that have permanently shut down all their nuclear power reactors, but they might not be the only ones anymore. 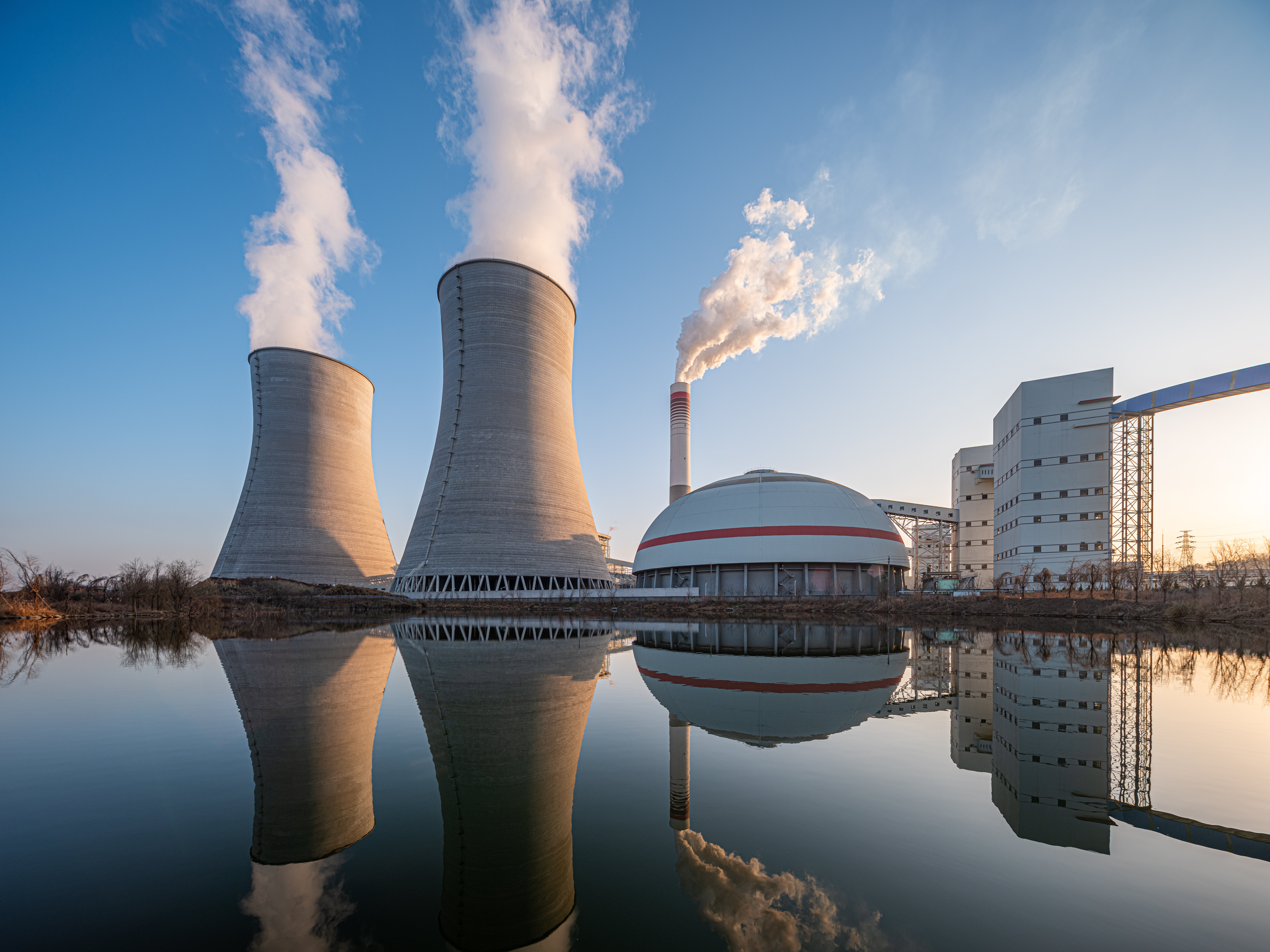 In Belgium
Almost half of the country’s electricity generation comes from nuclear plants (there are currently two active nuclear plants, the Doel Nuclear Power Station and the Tihange Nuclear Power Station) and Belgium was planning to shut them down by 2025. Due to the conflict in Ukraine, this has been postponed until 2035, with nuclear energy being seen as a potential alternative to Russian fossil fuels (the decision was also influenced by climate concerns).

In Germany
Germany instead won’t go back to nuclear power and will keep its phase-out by the end of this year, as planned. More than a quarter of Germany's energy comes from coal, but the focus is now on renewables. (Click here to learn more about the 2022 Top Trends in the Renewable Energy Sector).

In Spain
Spain will also be phasing out nuclear power in a few years. Four of the country's seven nuclear reactors are set to close by 2030 and the remaining three will be shut down by 2035.

In the UK
Different plans for the UK. On April 8, 2022, British Prime Minister Boris Johnson confirmed the development of up to eight new nuclear plants that would be ready by 2030 so that “we are never again subject to the vagaries of global oil and gas prices. Instead of a new one every decade, we’re going to build one every year, powering homes with clean, safe and reliable energy", he commented.

In France
Similar strategic guidelines also for Emmanuel Macron: in February 2022, the government announced plans to build six new reactors and might add eight more in the near future. France is following a well-established policy based on energy security, where nuclear power provides more than 70% of the country's electricity. In 2018, the country even set a new world record: they reached the highest percentage of nuclear’s share of electricity generation, 71,67%.

In the USA
The United States is also supporting the development of nuclear power and President Biden’s Bipartisan Infrastructure Law will provide $1.8 billion for the U.S. Department of Energy (DOE). Did you know that they are developing advanced reactors that can be combined with renewable generating sources, are significantly cheaper, and burn waste as a source of energy?

In India
With 22 nuclear reactors, nuclear power is the country’s 5th-largest source of energy after coal, gas, wind power, and hydroelectricity. After the Russian invasion of Ukraine, the Indian government set the goal to triple its current capacity in the next 10 years, expecting to grow it from 6,790 MW to 22,480 MW.

The top ten nuclear power countries in the world are: 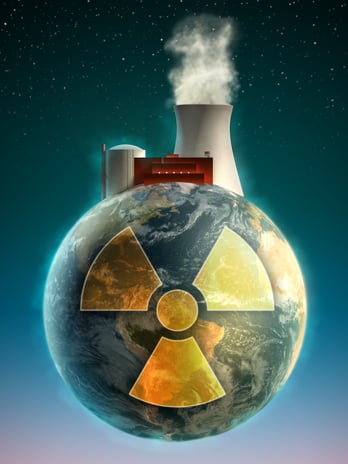 Highlights from SCOUT
Top companies around the world 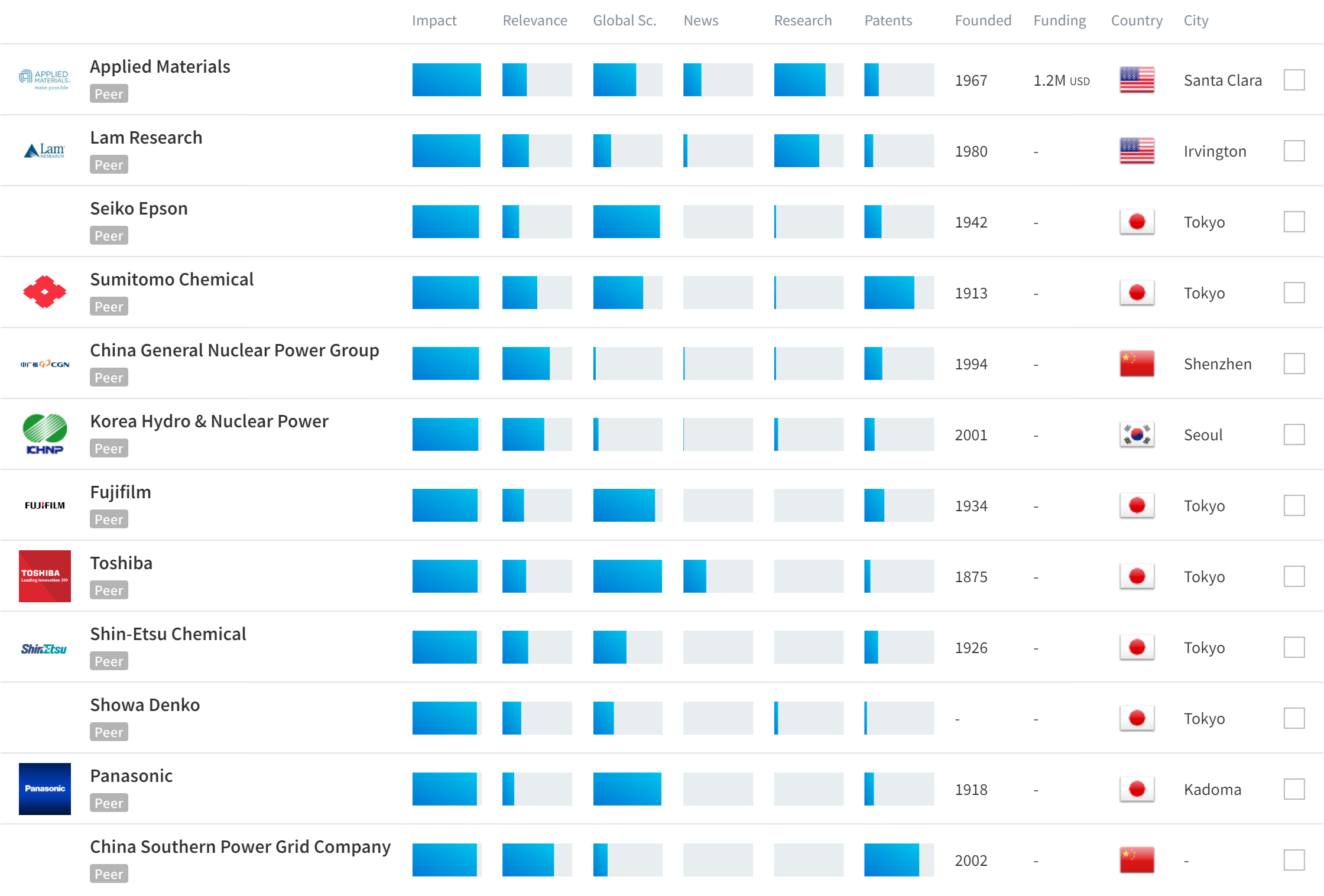 Top startups around the world 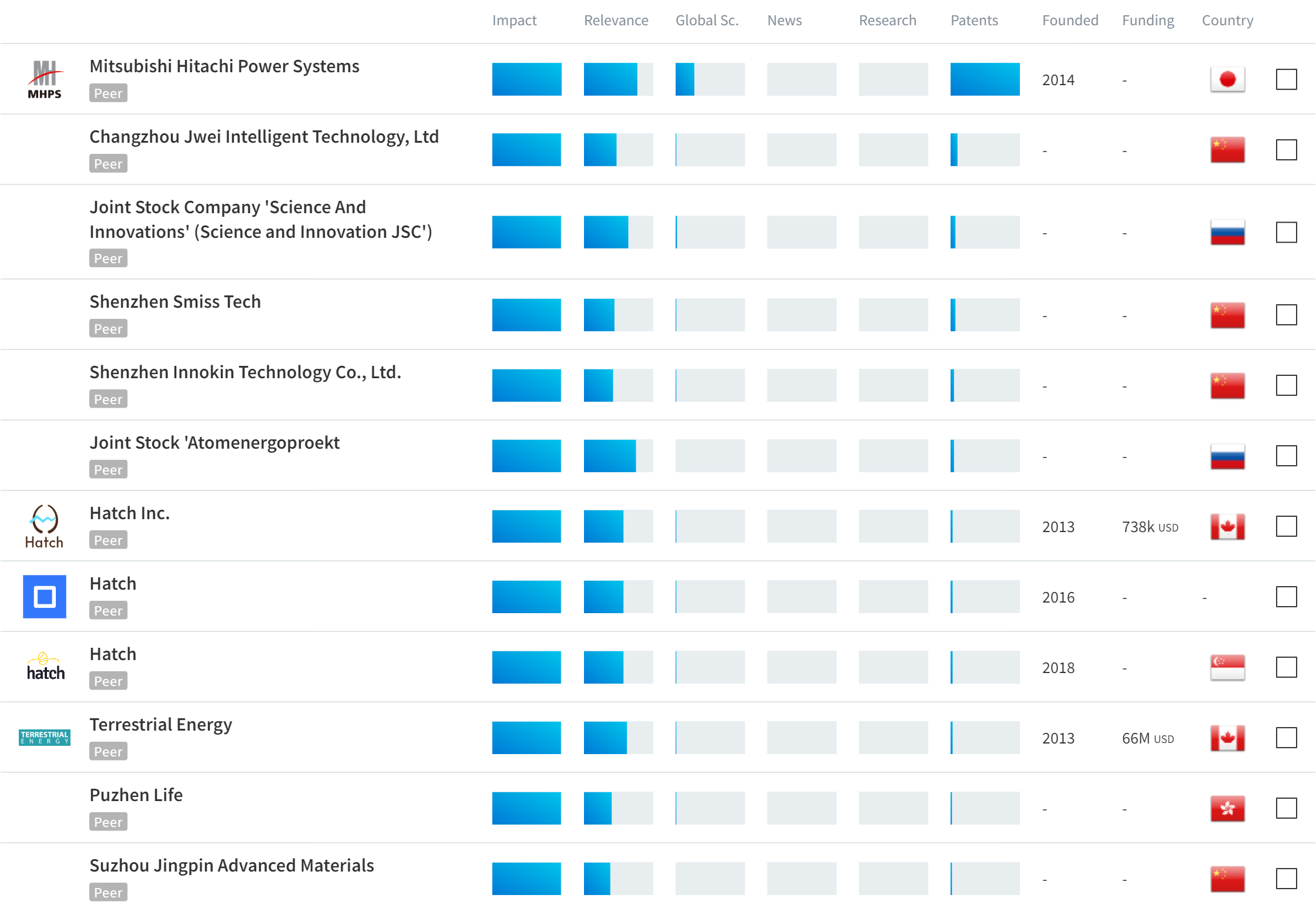 Conclusion
The risk of accidents, the expensive initial costs for the infrastructure, and the amount of radioactive waste make governments more cautious and, in some cases, opt for other alternatives. However, nuclear energy is not only unaffected by oil and gas price fluctuations, but it is also a carbon-free technology. According to the World Nuclear Association, there are 439 active nuclear reactors in the world, with a combined power of 389.5 gigawatts (GW), and 56 more are being built, adding 63.7 gigawatts to the total. The global market is indeed expected to grow at a CAGR of 2.3% from USD 33080 million in 2022 to USD 37850 million by 2028.

The future of energy is expected to change soon… The Trends Wordcloud below displays all the emerging technologies related to nuclear power and lists interesting documents, patents, and research: the bigger size, the more relevant. Check this out and don’t miss any updates! Did you know that the United States Department of Energy (DOE) is working on building nuclear components using 3D printing so that they can be independent of importing fuel (and other components) from overseas countries, saving time and money? 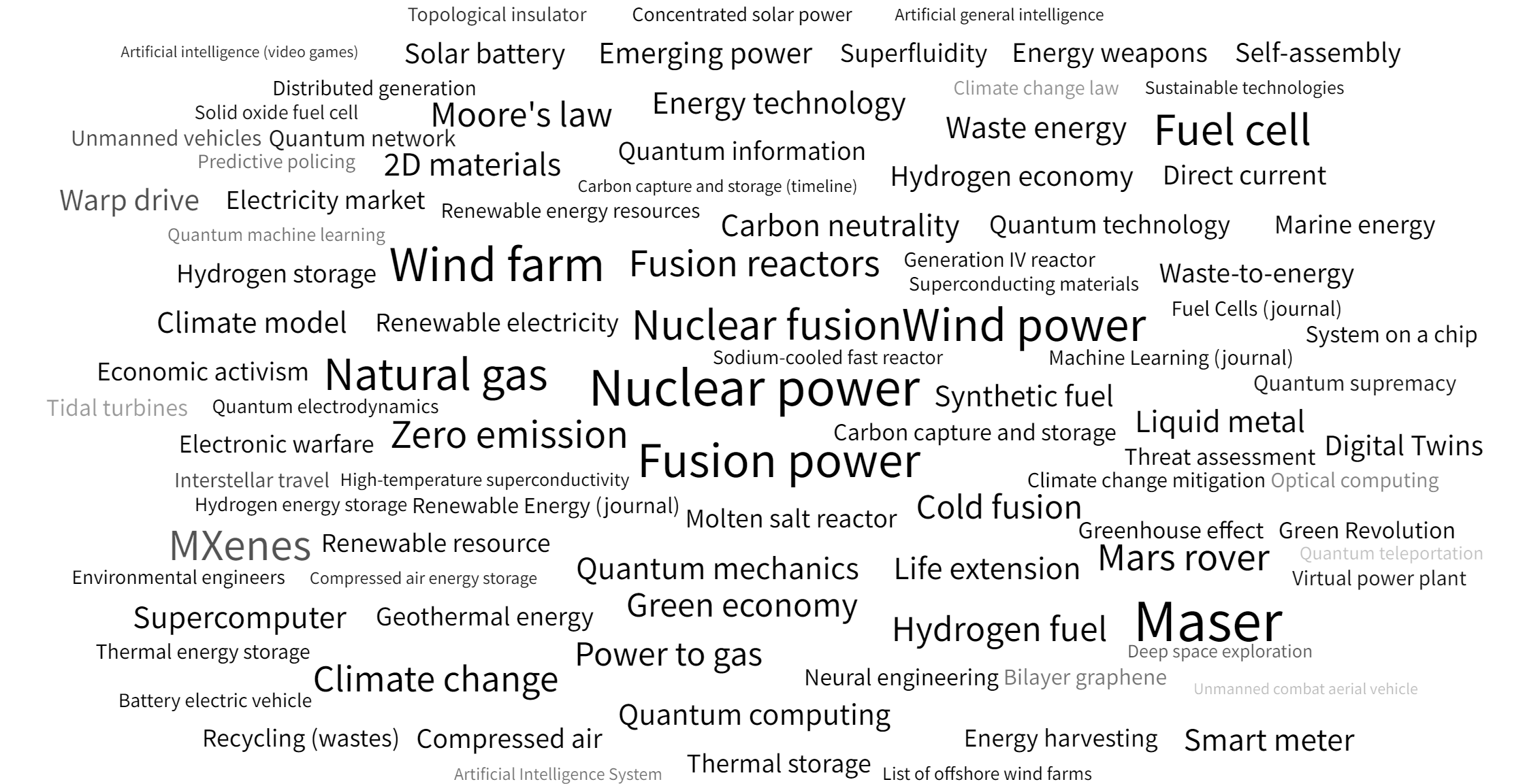