The future of transportation

Innovation will enhance future mobility and, therefore, our way of traveling.

In the past few years, we saw the start of a transportation revolution, from short-distance trips in town to longer trips in orbit. Going on vacation will never be the same; so won’t be going to the supermarket. URBAN MOBILITY
During the past years, E-scooters have populated our streets and sidewalks (Germany on the top of the list) to improve short-distance travels saving time and without polluting the environment at once. Being a convenient, eco-friendly and cheap option, various businesses are attempting to improve its speed, as it is one of the main drawbacks users complain about; however, the current record is held by Alienride's RION RE90, which reaches a top speed of 120.70 km/h. In order to improve citizens’ quality of life, companies are also releasing electric mopeds, unicycles, and bicycles, making cities more sustainable and resilient. And that’s working: according to Statista, the global bike-sharing service market is estimated to grow to over 13.7 billion U.S. dollars by 2026 from 3.3 billion U.S. dollars in 2020.

In big cities, electric buses are also a convenient, green option that is shaping our communities. According to IES Synergy, a pioneer company in battery charging, China is the leader in this field with a rate of circulation of 9,500 buses every 5 weeks. 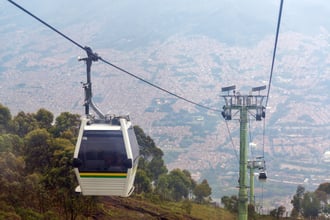 Overpopulation and high levels of air pollution also made city planners work on aerial gondolas, as an efficient supplement to the existing transportation system, as seen in Medellin, Colombia; La Paz, Bolivia; and Caracas, Venezuela. In other parts of the world, urban gondolas have been built to boost tourism instead, such as the Ngong Ping gondola in Hong Kong, the Singapore Gondola in Singapore, and the Emirates Air Line in London.

NATIONAL AND INTERNATIONAL TRIPS
Innovation is also enhancing long-distance travels, both on a national and international level. 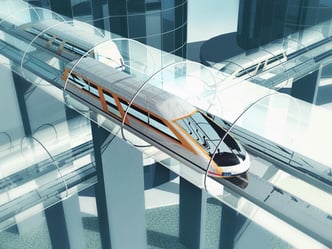 With a speed record of 602 km/h, Japan’s L0 Series Maglev is the fastest train in the world. It could go from Brussels to Hamburg in less than an hour, approximately. Engineers used magnets to provide both lift and propulsion, reducing friction. With Maglev technology (the term stands for "magnetic levitation"), China also achieved a top speed of 600 km/h, building the world’s largest high-speed railway network. A trip from Beijing to Shanghai takes roughly 5.5 hours by high-speed transportation and 2 hours by plane, but it will be about only 2.5 hours by Maglev technology. Such trains have better features than conventional rail transport: higher speed, lower noise, easier maintenance, and more safety. However, the future of Maglev technology is still uncertain: it’s not only more expensive than conventional steel railways, but it also consumes more energy.

France is also a pioneer of the travel industry: in 2007, with a top speed of 574.53 km/h, the TGV POS achieved the world speed record for rail vehicles, being the fastest non-maglev bullet train ever. South Korea's HEMU-430X, Italian Frecciarossa and Spanish AVE are also on the top list, with a speed of 421.64 km/h, 394.28 km/h and 350 km/h respectively. Is the world becoming smaller or is transportation getting better? 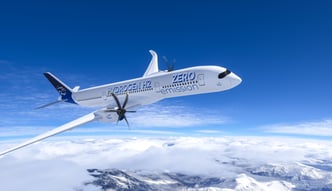 This high-tech revolution is also taking place in the sky.
In 2008, Boeing operated the world's first hydrogen-powered aircraft and now numerous research institutes and organizations are collaborating to power commercial flights with hydrogen so that they only emit water. According to Europe’s expectations, it will be possible, by 2035, to power passenger aircraft with hydrogen on a flight of up to 3,000 kilometers, making the future of aviation “quiet and green”.
“By 2050 we need to become a carbon-neutral society, and the aviation sector needs to contribute,” said Dr. Biebuyck, executive director of the Fuel Cells and Hydrogen Joint Undertaking. “Of course, it is not only aviation that will have to adapt. We all need to work together. But we cannot beat climate change without aviation being decarbonised.”

Supersonic aircraft are also revolutionizing the aviation sector, flying faster than the speed of sound. They have been developed in the second half of the past century, but are still banned in some countries (in the US, for example). However, things can change soon: “if all goes as planned, Boom’s inaugural supersonic jet would enter commercial service by 2029”, according to CNBC.

Looking forward to getting on board and traveling all around the world? But… What if the Earth isn’t the only place you could go? 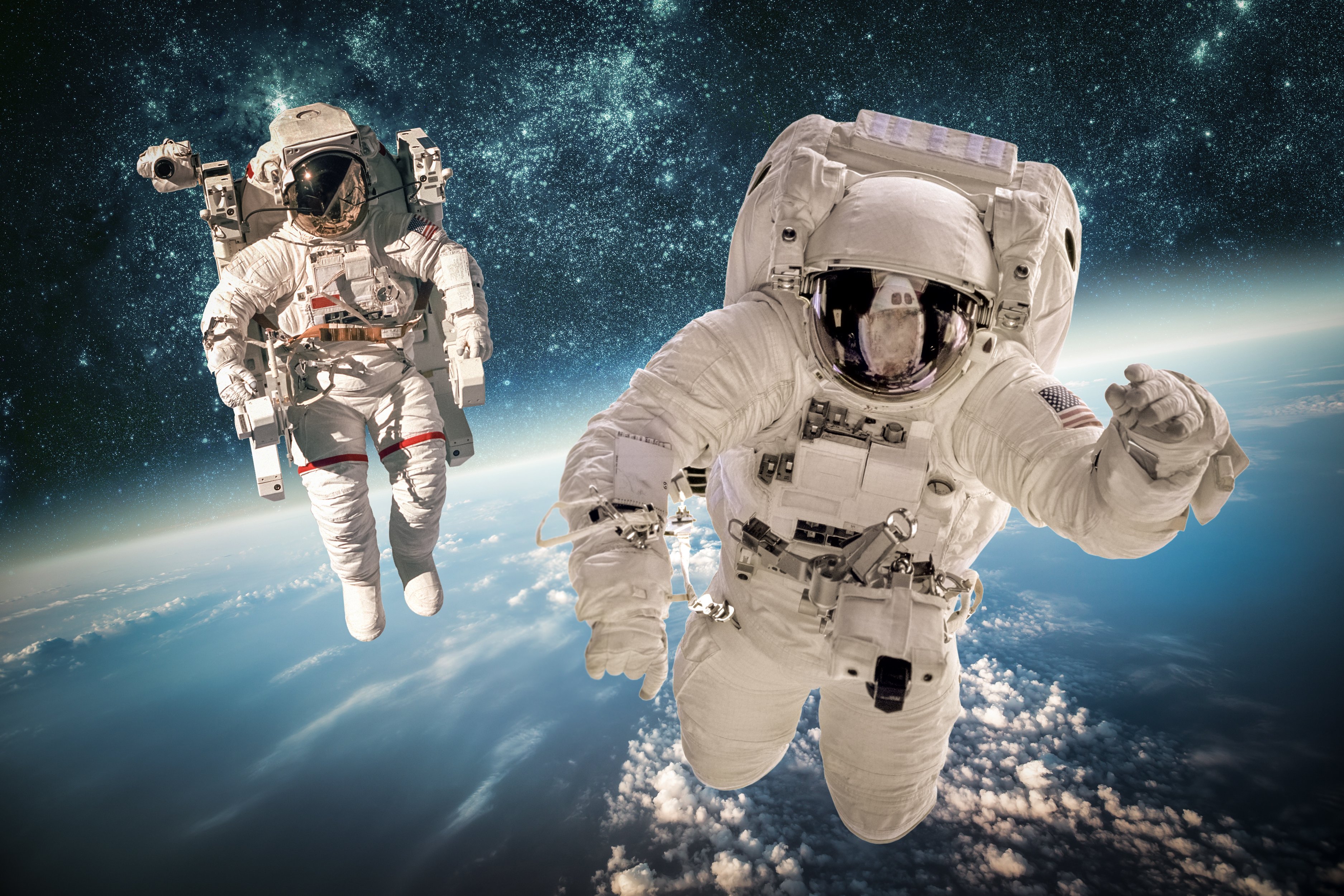 TO THE MOON!
In the upcoming years, space tourism will shape the future of mobility and turn you into an astronaut. Excited to explore what the future holds?

Russia filmed scenes aboard the International Space Station to make the FIRST FILM IN ORBIT. Cosmonaut Anton Shkaplerov, film director Klim Shipenko, and actress Yulia Peresild could travel in orbit for 12 days, leaving us to think that perhaps going to space is not that abstract. Indeed, companies such as Virgin Galactic, SpaceX, Blue Origin, and Boeing are aiming to launch commercial space flights and lunar trips for paying customers shortly. Accordingly, Orion Span, an American Space corporation, is planning to convert the private commercial Aurora Space Station into a space hotel. And there's more: in the UK, there's already a space tourism travel agency. Are you looking forward to waking up in orbit? 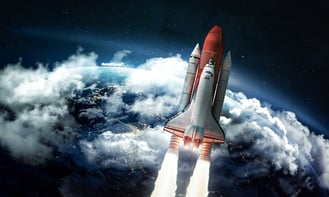 However, it is no secret that rockets produce too much air pollution. "Hybrid engines can use different types of fuels, but they always generate a lot of soot," said Filippo Maggi, associate professor of aerospace engineering at Politecnico di Milano, Italy. Indeed, the energy required for rocket launches is provided by the combustion of a big amount of propellants, which releases a variety of greenhouse gas emissions such as carbon dioxide, air pollutants, chlorine, and other chemicals. In comparison to aircraft, rockets pollute 100 times more. Will scientists find another way in the years to come?

As seen, the future of the travel industry holds surprises and concerns. Next week, Blue Origin’s next space tourism flight will be launched in West Texas, US. But the European Space Agency also has a busy year ahead of it, having planned Artemis I, NASA's first mission with the European Service Module (ESM) around the moon and the Expedition 68 with Italian ESA astronaut Samantha Cristoforetti. The EU's long-term goals include maximizing space's integration with European society and economy and fostering an internationally competitive European space sector. 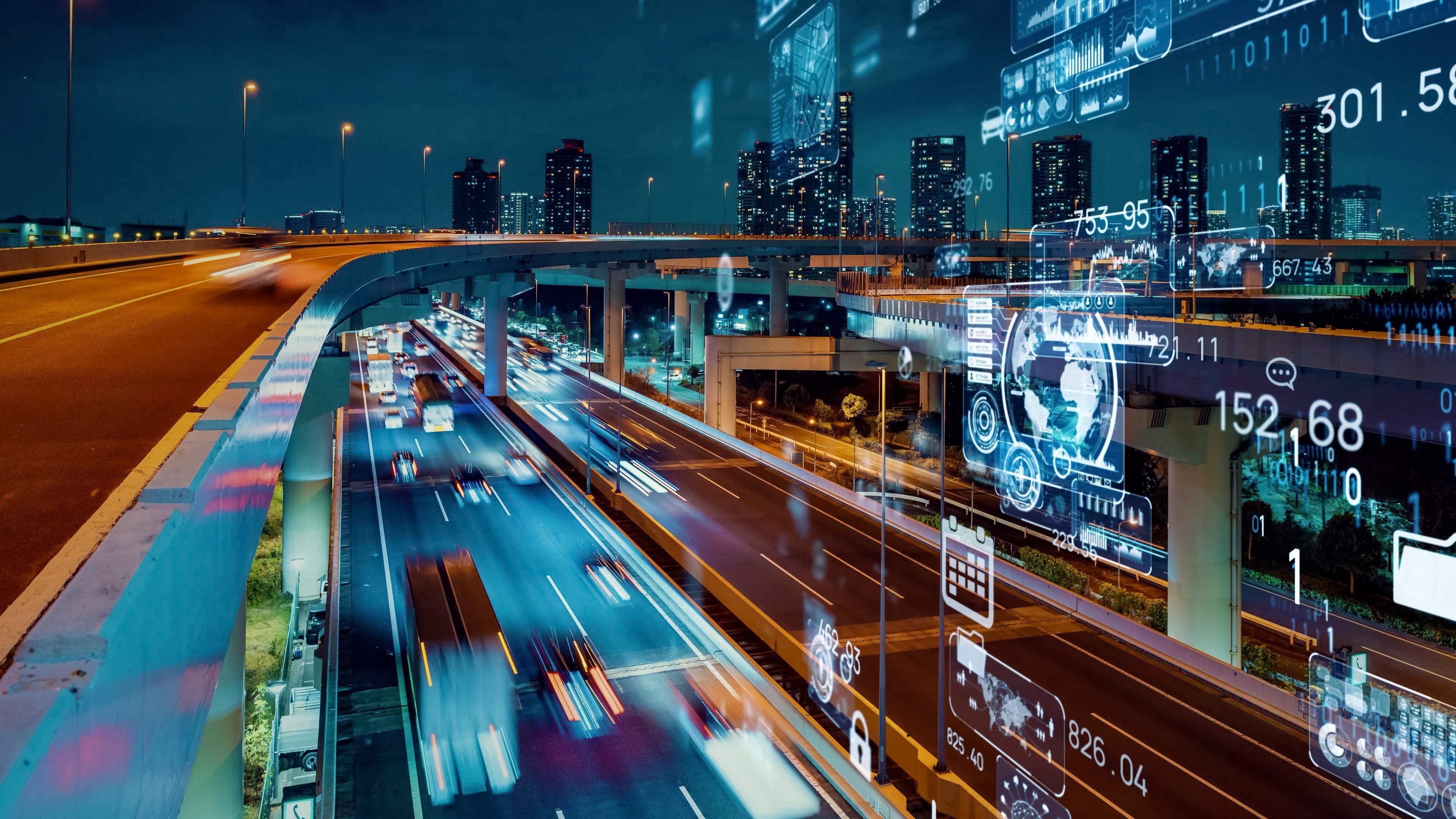 Innovation is definitely shaping future mobility and, consequently, our way of traveling. But there’s still much to discover. With space for 2 adults and 3 beer crates, Microlino has been nominated the 2021 Car of the Year: “the ideal mix between motorbike and car” that can be charged on a house plugin in just 4 hours. Innovation is also taking place in the sea: to reduce greenhouse gas emissions, the government of New Zealand has promoted the first electric passenger ferry, designed to accommodate up to 132 people across Wellington Harbor. “The ferry’s electric motors, provided by Danfoss’ Editron division, require less maintenance than traditional diesel versions. The cost of charging the vessel’s batteries is also significantly less than filling it up with diesel”, confirmed Jeremy Ward, managing director of East by West Ferries. Future mobility is therefore something to keep an eye on in 2022, as it is being revolutionized in several ways and sectors of the transportation industry. Stay tuned for more updates and tech news in our next article!