The future mobility: Towards disruptive solutions

Imagine a day like today but in the year 2030, it’s early in the morning and smart homes are integrated all across Berlin. The alarm clock goes off as the curtains roll out automatically, and your connected coffee machine starts brewing fresh and organic coffee while you get out of bed. Your Artificial Intelligence assistant is aware that you have hired someone who’s coming to fit your new sound-proof windows, because the noise of delivery drones buzzing outside your bedroom is becoming quite annoying! As soon as the contractor leaves, a self-driving taxi is waiting outside the door to take you to the office. You could afford your own electric car but, let’s be honest, what’s the point? The use of passenger cars within the city center is heavily restricted, even for electric cars, let alone finding a place to park!

Challenges in the present

Back to the present. Cities around the world, especially in Asia, are struggling to cope with ever growing traffic as a result from growing population. Cars spend 95% or their time parked and according to the European Environment Agency, the average seat occupancy in passenger cars is 1.45 passengers (including the driver). To translate this into numbers, workers in Los Angeles or in Beijing take an average commute time of 53.68 minutes per day. Cities have been trying to tackle this issues by building infrastructure, restricting circulation, applying fees or fines and among other things, giving incentives to encourage bicycle commuting. However, these approaches have not done enough to address this ever growing problem. Governments around the world will have to start developing a more sustainable approach to adapt to population growth with the help of digital innovations.

Existing solutions in the digital era

Cities like Berlin are role models regarding public transportation, and for the past decade many established companies and startups have been rolling out new products and services for alternatives to traditional mobility. Some of these solutions can be seen in car sharing, e-scooters sharing and shared bicycles, with more alternatives to come. These services are easily accessible: people can register their accounts with their mobile devices and use the available vehicles on-demand that are parked all around the city. At their destination, users simply need to park the vehicle within the designated zone and finish the rental with one touch of on their mobile device. These type of business models and services have been made possible with recent IT technological developments that make this process easy for everyone.

New businesses are realising the potential of these trends and already starting to come up with disruptive business plans. To give some examples of what is out there: 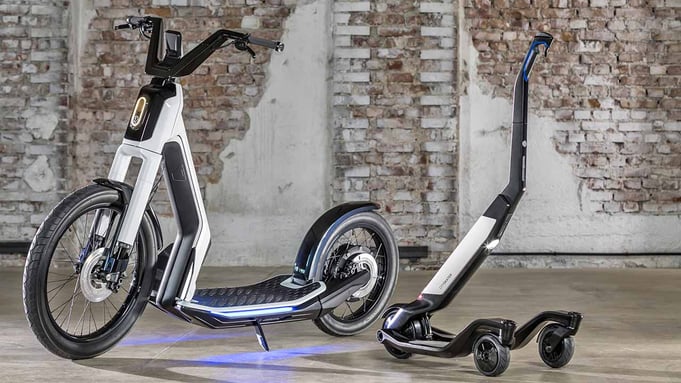 Regulations need to catch up

The list of companies that are coming with innovative solutions is growing and they are shaping the outlook of how cities will function in the future. However, as companies push to dominate unregulated market areas they can create problems as city administrations struggle to keep up. In the case of Bird for example, numerous complaints were filed by citizens of Santa Monica. Many individuals are tired of seeing scooters lying around, blocking sidewalks due to users not respecting the rules and not “behaving” in a civic way. The same applies to Mobike: the sudden deployment of thousands of bicycles in the city of Berlin has created problems for pedestrians and other bicycle commuters. Not-so-distant future technologies like drones pose similar potential problems: how will airspace be regulated? What safety concerns arise? What about noise pollution? These are all questions that need to be addressed to allow for sustainable implementation.

The evolution of e-mobility and its adoption in urban areas has many challenges ahead. Society is still catching up with the exponential development of new services and products that have been made possible by the digital revolution. Cities as we know it are optimized for traditional transportation means, but as time goes by, there will need for a change. When considering future transportation needs, governments need to strategize according to changes in not only the mobility landscape, but also social and human landscapes. According to the United Nations, the global urban population will rise from 54% to 66% in 2050. This growth will further increase the strain on urban areas, pushing cities to seek new, non-traditional transport initiatives to deal with the population pressure. Climate change will also push for the adoption of new technologies, particularly in e-mobility, with countries like the UK banning all petrol and diesel car sales in 2040. Lastly, technology developments like autonomous driving have brought mobility further into the public eye, attracting public interest and further bringing issues to light.

Moving forwards, governments will have to invest in new infrastructure, adapt their regulations, and think about how to re-purpose existing places to adapt them to new means of use. Of course, relevant changes in society will always introduce strains on pre-existing systems, but that’s why social contracts need to be more dynamic than ever and be able to catch up with the rapid rate of innovation. Looking to the future, governments, companies and startups will have to cooperate to allow for sustainable and sensible implementation of new technologies to ensure social well being.